From January 4-15 of this year I had the opportunity to help co-lead a group of Grace College and Theological Seminary students on a trip to Israel. This was my first time there, and it was a remarkable experience. I would encourage any believer to make the effort to go if there is an opportunity.

As part of reflecting on my experiences, I have decided to write a series of posts on some of the various places we visited and I enjoyed the most. In today’s inaugural post we highlight Caesarea Maritima.The city was built by Herod the Great on the coast of the Mediterranean Sea and named in honor of Caesar Augustus. In the first century it was the Roman administrative capital. It is the city where Peter preached the gospel to the Roman centurion Cornelius (Acts 10) and Paul spent three years in prison (Acts 24:27-25:1).

Today there are a number of ruins still visible. Here are just a few: 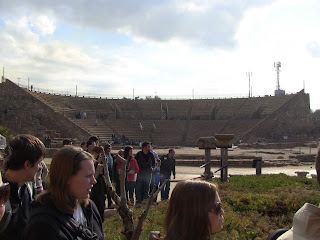 The Roman theater built by Herod the Great 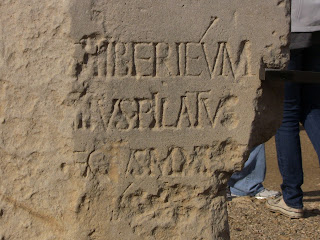 This is a replica of the Pilate inscription found here at Caesarea, which provided archaeological proof that he ruled over Judea at the time of Jesus. 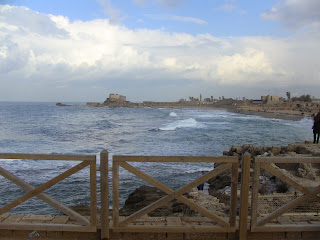 Remnants of the artificial harbor that Herod built. His engineers pioneered the ability to pour concrete underwater. Unfortunately, not much remains as the Sea eventually claimed its territory back. 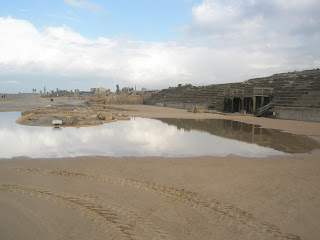 The remains of the hippodrome, where chariot races were held. 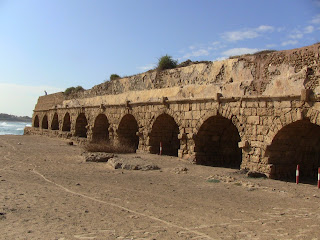 The remains of a first-century aqueduct that brought fresh water to the city.

Caesarea is a terrific place to get a feel for the Greco-Roman culture of the first century, and should absolutely make the list of places you must see in Israel.